Is India prepared for the fatal threat that is being long ignored? - Saudi Arabias Wahabbism 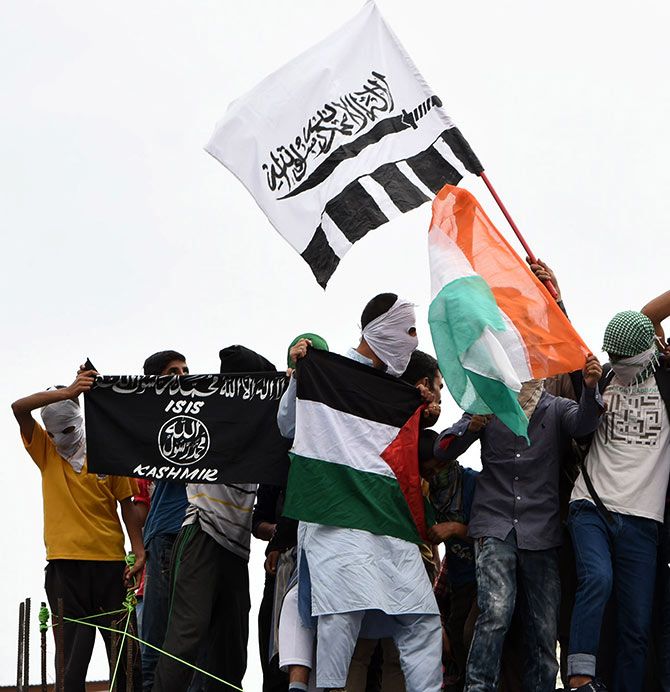 Wahhabism is an Islamic doctrine and religious movement founded by Muhammad ibn Abd al-Wahhab. It has been variously described as "ultraconservative", "far-right", "austere", "fundamentalist", or "puritan"; as an Islamic "reform movement" to restore "pure monotheistic worship"; and as a "deviant sectarian movement", "vile sect" and a distortion of Islam by its detractors.

Abd al-Wahhab. formed a pact with Muhammad bin Saud (Father of Saudi Arabia) in the 17th century to propagate Wahabbism as they thought 17th-century Islam is too liberal for their taste.

Their pact proved to be successful eventually forming Saudi Arabia in 1932 and Abd al-Wahhab's teachings were made official. Today Wahhabism has been accused of being "a source of global terrorism", inspiring the ideology of ISIS, Al-Qaeda, Taliban and numerous other terrorist organizations.

So how come this violent extremist form of Islam took over the world instead of being limited to a fringe sect of Islam?

After the US deal with Saudi Arabia's petrodollar system in 1970's, Saudi Arabia's exponential riches surpassed even their expectations and it has become even easier to propagandize Wahabbism to the world. Especially in South Asia, where there is a great concentration of Muslim population away from the Arab world.

So what does this have to do with India?

To paint the picture on how Saudi Arabia exports Wahabbism around the world.

Watch this undercover video below about London's most influential "moderate" Islamic center - London Central Mosque, where you can get a glimpse of the extent of extremist teachings.

Even in the United States, leaders of US congress raised a severe concern regarding - TERRORISM: GROWING WAHHABI INFLUENCE IN THE UNITED STATES

So why don't we see anyone from Indian media talking about this grave concern especially when Saudi Arabia spends billions of dollars in India in multiple channels to propagate Wahabbism?

The answer lies in a disturbing trend with network of Indian Lutyens media engaging in corruption and money laundering through India's millions of NGO's, FDI's and complex transactions.

Another reason is the privilege enjoyed by India's tens of thousands of madrasas which go unnoticed regarding what is being taught in those places and who is funding them.

Apart from establishment media corruption, intellectual space, madrasas have been one of Saudi Arabia's favorite mediums to radicalize Muslims around the world.

In Delhi alone, there are around 3000 madrasas with 3.6 lakh students enrolled learning Wahabbi teachings.

It's not surprising that Wahabbi's teachings have extended even in Sri Lanka which went unnoticed till the terrorist attack in Sri Lanka last year.

While India's corrupt media focus on sensational headlines like Bollywood star's opinions, CAA protests in couple of Islamic universities. Last year, an Israeli media pointed out this obvious threat of Wahabbism in India.

The most concerning question is - Are Indian government and Indian public ready for dealing with the exponential growth of Sunni Wahabism in india, considering recent ISIS's declaration to turn India into "Wilayah of Hind" from Kashmir to Kerala?